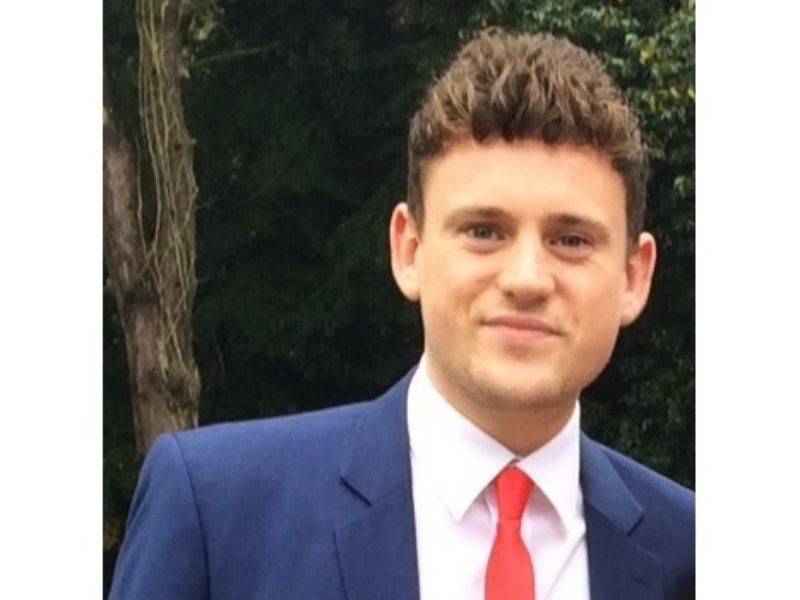 “I’ll be honest with you; I was going to leave teaching before I found this role;” spoken by PK Education supply teacher Jamie Johnston who is currently appearing on a TV and cinema screen near you through his role as a hospital teacher.

Jamie (30), a primary school teacher, is one of the many support professionals featured in Cancer Research UK’s new advertising campaign. He is currently working as a teacher on the children’s oncology unit at the Great North Children’s Hospital in Newcastle.

Although in Newcastle, the hospital treats children with cancer from all over the region and the world, with patients coming from as far afield as Ireland and Saudi Arabia for treatment.

He added: “I was only two weeks into the job when I walked onto the ward one morning and was met by a film crew who asked if they could follow me around and film me doing my job. It was a real baptism of fire.”

The song Jamie plays on his guitar and sings with a young cancer patient also doubles as the soundtrack for the 60-second advert. He said: “A lot of people, when they see the advert, assume I’m a friendly doctor playing my guitar because they’re not aware of the fact that the hospital has its own school and qualified teachers.”

Although Jamie works at the hospital, he is employed by Newcastle Bridges School, which is an Ofsted Outstanding-rated school that provides education to children who have been interrupted by mental or physical ill-health, school phobia or pregnancy. Through teachers like Jamie, it aims to ensure that educational disadvantage is minimised by providing structured and appropriate education in a caring environment.

Prior to taking up the long-term supply role Jamie had held a permanent teaching position in a mainstream school for a number of years, teaching Key Stage. However, with average working weeks numbering 60+ hours and a similar number of text books to mark each evening, meant Jamie and his wife hardly saw each other. “I had had enough,” explained Jamie.

In a make or break bid Jamie and his wife, who is a nurse, decided to take a career break and went travelling across Indonesia and Asia for a few months. On returning to the UK Jamie turned to supply teaching. When he saw the hospital teacher role advertised by PK Education’s North East office, he admits that he was in two minds.

“I knew through my wife’s job and experience that the role would be emotionally difficult, particularly when teaching children receiving palliative care.  However, the role looked incredibly interesting and appealed to me to the extent that I was prepared to sacrifice permanent job security to take it.

“Although the lows can be far lower than in mainstream teaching, the highs can also be higher. Overall, my experience has been 100% positive and the role has reignited my love for teaching. This is my dream job.”

Jamie works Monday to Friday at the hospital delivering the National Curriculum on a one-to-one basis to young patients, often with parents observing him from their child’s bedside.  As part of his role, Jamie also liaises with the patient’s school which will either send work for the child or he will develop a learning plan for them.

“As much as I am there to teach the children, I also see myself as providing respite and distraction for both the child and the parents. They are often with each other 24 hours a day. It’s a very intense time when a child is undergoing treatment and I encourage the parents to go for a walk or have a coffee for an hour or so while I am with their child. The relationship with the parents is as important, possibly more so, than the one I develop with their child.”

The Cancer Research UK advert was given prime time viewing on itv on Boxing Day, appearing during Emmerdale and was viewed by more than 8 million people. “The filming was done just before Christmas and my wife and I watched the ad for the first time on Boxing Day. Friends and colleagues have told me that they’ve seen the ad at the cinema, as well as on social media and on billboards.

“I was honoured to be included in the campaign and very pleased that we were able to raise awareness of the hospital school. It is a very special place.”