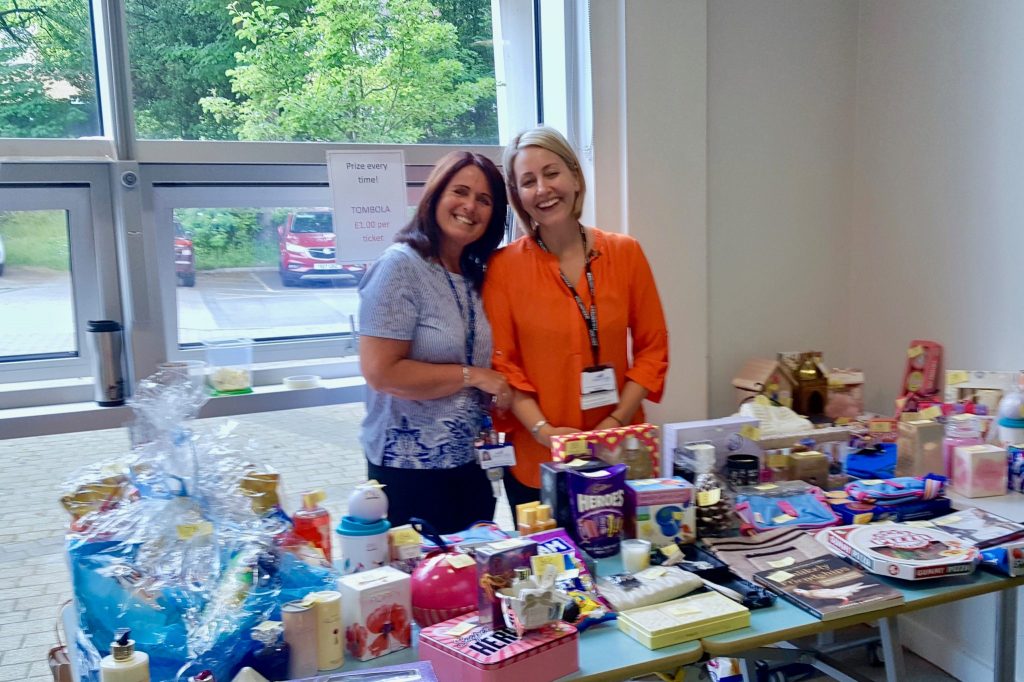 Our Sheffield team were delighted to help out at a recent fundraiser at Seven Hills School in Sheffield in memory of one of their former pupils, Laura Booth.
The event had a more serious message though – it was to raise money for Mencap’s Treat me Well Campaign, which is seeking to transform how the NHS treats people with a learning disability in hospital.

Laura died tragically in October 2016 following a routine eye operation. Her parents believe her death was due to the failure of the hospital to properly understand her disability. Her death triggered the Mencap Treat Me Well campaign.

The event raised a whopping £982.79 for the Treat Me Well campaign. Learn more about it here https://www.mencap.org.uk/get-involved/campaign-mencap/current-campaigns/treat-me-well

Liz Furniss, PK’s SEND and Primary Consultant based in our Sheffield office was in charge of the Name the Unicorn and How Heavy is the Cake stalls on the day. She said: “The event was a wonderful opportunity to see students, staff and parent/carers coming together for such a caring cause. I think the positivity and smiles of the students said it all! Myself and the team were only too happy to help out.”

The cake stall was groaning under the weight of some amazing bakes, including a fab cheesecake baked by our own Georgina Cornelius.

Tracy Mycroft, Seven Hills Schools HR Manager who helped organise the fundraiser, said: “Thank you for donating gifts to the tombola and for the amazing cheese cake; they made such a difference. Thank you too for coming along and taking part.”

It was our pleasure Tracy!