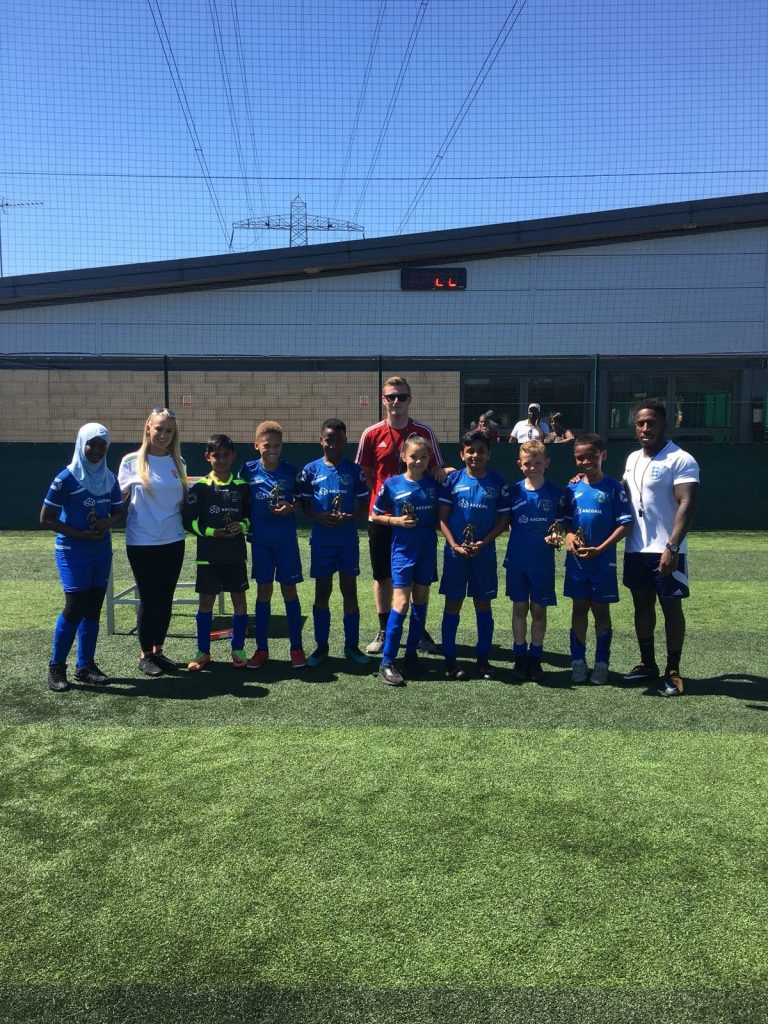 Held at Goals Perry Barr, the football tournament was the last one for a number of the Year 6 pupils who took part, before they make the transition to secondary school next year.

Organised by PK Education’s Jordan Hartley, who is an FA Level 2 Football Coach and semi-professional player, the tournament was designed to build friendships, morale and confidence amongst the players.

He explained: “For many of the Year 6 pupils this will have been their last sporting tournament in primary school, so it was great to be a part of that and give them the opportunity to create some amazing memories.

“We had an amazing day. The pupils and staff involved all had so much fun and really got to celebrate the end of the school year.”

As well as the overall winners, there were also trophies awarded for PK’s Player of the Tournament, the Golden Boot, Golden Gloves and Referee’s award.

Jordan continued: “I genuinely believe that sport is a vital part of not only the curriculum but in later life too. From my own experiences with football, I know that by combining football and teaching you can have a positive impact on young people.”

PK Education would like to extend huge congratulations to each and every pupil that took part in the PK Champions Cup and a big thank you to everybody that helped the event to succeed – Goals, staff, teachers and parents alike.

If you’re looking for your next role in supply teaching or education recruitment, or if you’re a school in need of supply staff, please contact the Birmingham office on 0121 631 3466.