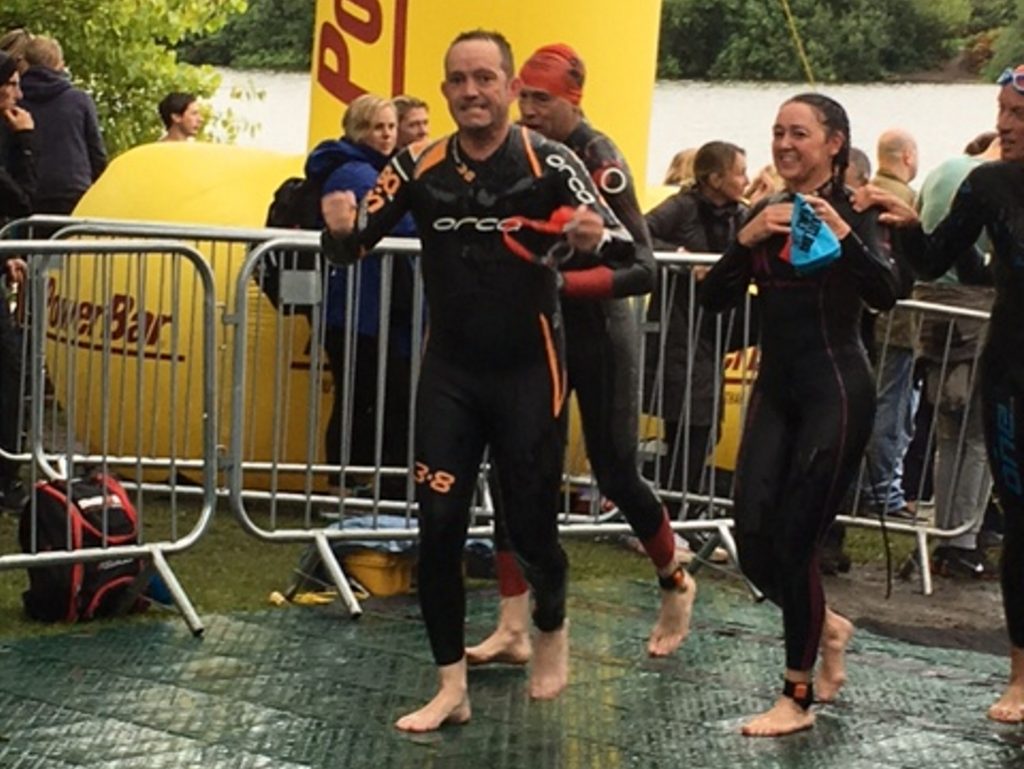 ‘Absolutely gutted’ was how PK Education’s director Paul Gallagher described being told he couldn’t continue the Bolton Ironman UK last year. This year, however, was a completely different story. He proudly crossed the line of the 2017 Bolton Ironman at 22:42:16 after nearly 17 hours of continuous swimming, cycling and running more than 140 miles!
Paul, who is based at PK’s Sheffield office, competed in his first ever Ironman on 17 July 2016 in memory of his mum and to raise money for the British Heart Foundation. Unfortunately, after 11 hours the race organisers forced him to pull out.

Last year, because Paul didn’t enter the water until 30mins after the start of the race at 06:00, it meant that at 16:05 he wasn’t allowed to finish the bike ride as the roads needed to be re-opened.

This year Paul hoped to raise £800 for the British Heart Foundation, however he has fallen short of his target, after spending all his time training rather than fundraising! If you know Paul, then you’ll know he’s not a natural athlete which makes his achievement all the more impressive.

If you’d like to help him reach his target, then please donate via his JustGiving page here –  https://www.justgiving.com/fundraising/paul-gallagher19