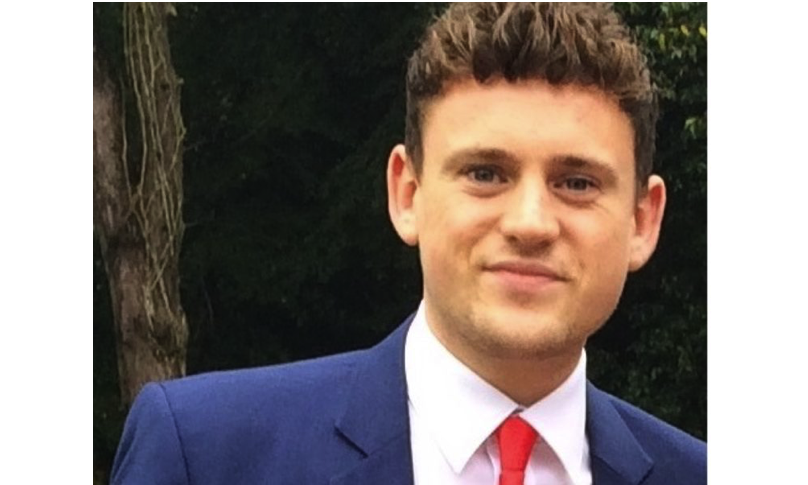 A supply teacher from Ryton, Jamie Johnston (30), is one of the stars of Cancer Research UK’s ‘Right Now’ campaign which is currently appearing across social media, TV and cinema screens up and down the country.
Jamie is currently working as a hospital teacher on the children’s oncology unit at the Great North Children’s Hospital in Newcastle. He was placed in the role by Newcastle-based supply teacher agency PK Education and Jamie credits the role with reigniting his love for teaching.

As part of the 60-second advert, Jamie was filmed playing his guitar and singing by the bedside of a young cancer patient. The song also features as one of the advert’s soundtracks.

Due to the little known role of a hospital teacher, many people mistake Jamie for a medical professional in the advert.  Jamie said: “A lot of people, when they see the advert, assume I’m a friendly doctor playing my guitar because they’re not aware of the fact that the hospital has its own school and qualified teachers.”

He described filming, which was done just before Christmas as ‘a baptism of fire’, saying: “I was only two weeks into the job when I walked onto the ward one morning and was met by a film crew who asked if they could follow me around and film me doing my job.”

The Cancer Research UK advert was given prime time viewing on ITV on Boxing Day, appearing during Emmerdale and was viewed by more than 8 million people. Cancer Research UK’s ‘Right Now’ campaign will inspire people to get involved in whatever way they can, to help fund the charity’s life-saving work.

Jamie added: “I was honoured to be included in the campaign and very pleased that we were able to raise awareness of the hospital school. It is a very special place.”

To find out more about Jamie and his role as a hospital school teacher, take a look at the case study here.

If you are looking for a new role to inspire and reignite your love of teaching, please visit our jobs section here or get in touch with your local PK Education office here.