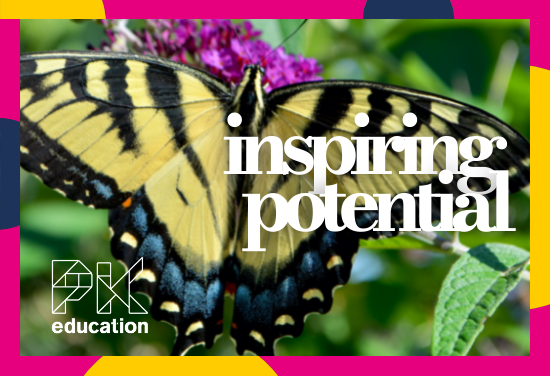 We are in the business of inspiring potential; in all of our teachers who inspire potential in every child!

It can be difficult to see the future impact of the work you do unless you’re in a permanent or long term role, but we believe that every lesson, every conversation, and every contact matters to a student. Whether you’ve got 1 hour to inspire students, or a whole term to build a relationship, we want to encourage all supply teachers, TA’s and cover staff to recognise the potential impact you have on the future of your learners!

Do you remember receiving feedback as a child? How did it make you feel? Do you think it actually had a positive impact on the way you approached your work from that point?

Now consider the last time you administered feedback. Perhaps it was encouraging them in their early application of phonics; praising a painting; guiding them to stay in position during a football game; making suggestions to improve an essay; or even refining a student’s application of the dress code.

Feedback is a fundamental part of our contact with young people in schools every day. How do you think your approach to the feedback had an impact on the way that student approached their activity from that point forward? Did this inspire potential; causing a student to believe in themselves?

If you’ve not heard the story of Austin’s Butterfly – brace yourself – we’ve pulled this summary together for you. This is a story about Austin (aged 6) who demonstrated that, with the right culture, honest critique and guidance, students can achieve so much more than they imagined possible!

The Anser Charter School had built a culture of where students were used to feedback and critique to help them improve their work. Kindergartners in this school studied birds, and created beautiful note cards with a scientific illustration of a bird. Those cards were printed on a quality cardstock and sold in the community; all the profits were used to support preservation of bird habitats. Austin’s class was inspired by this project and initiated a parallel project for their first grade study of butterflies. For his scientific study and note card, Austin chose the Western Tiger Swallowtail butterfly.

Austin’s teacher and class demonstrated that when critique is kind, helpful and specific, it can lead to an incredible outcome. Austin’s journey also proves the power in re-drafting! Imagine what a young person could achieve if teachers, or their peers, refused to settle for mediocre, first submission of work; instead, establishing a culture of striving towards excellence.

How do students in your classroom respond to feedback? Is critique welcomed or feared? How could you shift the culture to make all students open to receiving specific feedback (or positive critique), using it as a tool to drive motivation and individual success while gaining a wider range of experiences?

We can’t shy away from admitting that our classrooms need high standards to achieve this and students need to feel safe; and they also need to trust their peers. A ‘culture of excellence’, as Berger puts it, looks like inspiring ‘full’ potential in every learner.

Austin’s story is a powerful resource to better understand mindsets. Pushing students to ‘do better’ isn’t about doing it ‘right’ or achieving the ‘top grades’ – quite the opposite. This is about personal development and instilling a belief in their own abilities.

Austin also reminds us of the power of perseverance. The feedback Austin received wasn’t negative criticism but rather gentle suggestions of specific improvements to help him work towards a specific goal. He went on an important journey from producing work that he thought reflected his abilities to producing something that surpassed not just his own perceptions, but exceeding a common expectation many of us would have of a 6 year old!

Goals for every learner will be different but how often do we fall short of pushing every learner towards a high level of quality because of their previous performance? Austin’s starting point did not limit his potential. So, don’t settle, let’s inspire potential in every learner!