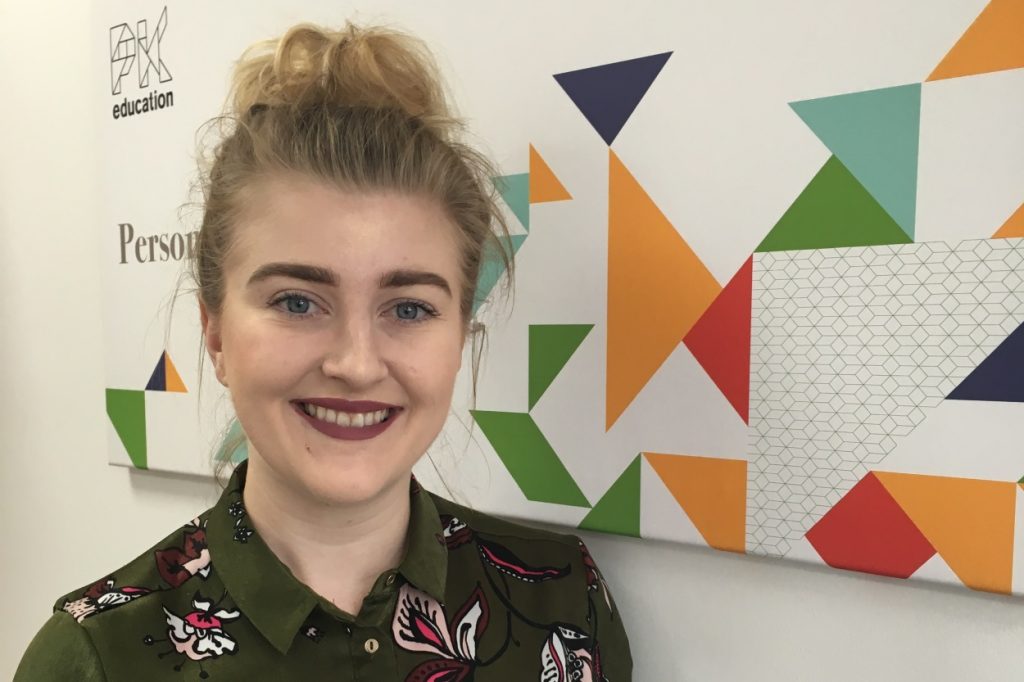 University of Sheffield graduate, Georgina Cornelius from Handsworth, joins Sheffield-based supply teacher agency PK Education as a recruitment consultant. She is one of six new appointments that have been made by the company following a year of growth which has seen it exceed turnover projections in the 2015/16 academic year.
Based at the company’s Sheffield city centre office on Vicar Lane, law graduate Georgina will be responsible for placing supply teachers, cover supervisors and teaching assistants in temporary roles in primary schools throughout South Yorkshire and North East Derbyshire.

Prior to joining PK Education she was employed in a sales role for a mobile phone company.

Georgina, who is originally from South Africa, commented: “It is an exciting time to join PK Education. It’s a friendly, dynamic company which, although growing, places relationship-building with schools and candidates at the heart of its values.”

In addition to Georgina, a further five staff appointments have been made across PK Education’s Birmingham and Nottingham offices, bringing the total number of staff recruited in 2016 to 11. A further eight new members of staff are expected to join the team in 2017.

Karl Housley, director of PK Education explained: “Many schools are struggling to both recruit and retain staff given the current workload of teachers. Supply teaching is seen as an increasingly attractive option by both teachers and schools, which has increased demand across the board and enabled us to further grow the business.

“We have exciting growth plans for 2017 and are committed to increasing staff numbers further to enable us to continue to deliver a first-class service to schools.”

PK Education has recently invested more than £100,000 in a new brand, website and infrastructure, paving the way for further staff appointments and ambitious growth plans for the company in 2017.

Established in 2005, PK Education broke all records during its tenth year in business exceeding projected turnover by more than £1million in the 2015/16 academic year. Staff numbers also increased by more than a third, with the creation of 11 new jobs to manage growth across the company’s four offices.