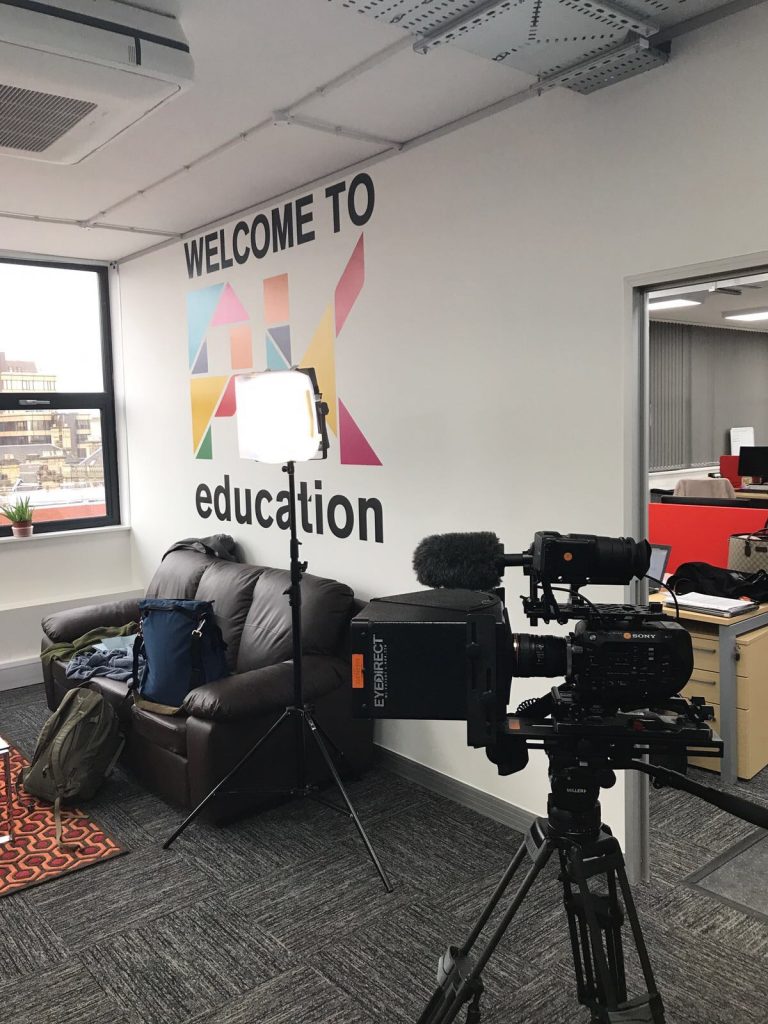 2017 has been a year of huge growth and development for PK Education. We’ve opened three new offices in Leicester, Wakefield and Manchester and welcomed lots of new faces to the PK family; all of which has enabled us to work with a whole host of fantastic new schools and teachers. We thought we’d take this opportunity to take a look back at just how exciting a year 2017 has been…
The growth began in January, when Georgina Cornelius joined the Sheffield office as a recruitment consultant. We were also delighted to see our very own supply teacher Jamie Johnston starring in the nationwide ‘Right Now’ advertising campaign by Cancer Research UK.

We kicked off our campaign to provide free first aid training to 100 supply teachers this year in February. We also launched our internet safety competition on Safer Internet Day, with the opportunity for schools to win £200 worth of equipment.

PK’s annual search to find our Supply Teachers of the Year returned for its third year in March. We had more votes than ever helping us recognise the importance of supply teachers and the role they play in our education system.

The results for our supply teacher survey came in April, with the fantastic news that our candidates feel more supported than ever. We also welcomed Fiona Rhoadhouse to the PK family who joined our Sheffield office as a recruitment specialist.

May saw PK Education accredited with the world-recognised ISO 9001:2015 standard after demonstrating that our quality management across all our offices aligned and integrated with our business strategy. We also welcomed Romilly Wakeling to the PK family, in the brand new position of Operations Director.

The winner of our Internet Safety Competition was announced in June, and it was great to see the importance of internet safety brought to life by so many of our schools and their pupils.

We were delighted to reveal our four regional winners in the PK Supply Teacher of the Year Awards, held in July. Five North East schools also took part in the PK Education Schools Cup, held at Goals in Sunderland, organised by our very own FA qualified referee and SEND Manager, Adam Florance.

In August we expanded the PK family with a super seven appointments supporting the opening of new premises in several locations. Amidst all of this, PK Director Paul Gallagher still found the time to train, fundraise for British Heart Foundation and complete the Bolton Ironman, raising over £500 in the process.

The PK Education Loyalty Reward Scheme for Schools was launched in September, giving schools the chance to earn points which can be exchanged for anything from personalised certificates and TA support, to entertainment packages including discos, slushy machines and inflatables!

Rebecca Moorhouse joined the team in the Birmingham office as Associate Consultant in October this year.

Our Head Office in Sheffield played host to an ITV film crew in November, with a working title documentary ‘Stammer School’ being filmed on site. We’re hopeful it will hit TV screens next year. We’ll keep you informed!

December saw a collaboration between PK Education and Supply Clouds, which will revolutionise the way that supply staff and agencies work with schools to the benefit of everyone concerned. And, on a more festive note, we announced the winner of our national Christmas card design competition after receiving hundreds of amazing entries from across the country.

A massive thank you to everybody who has been involved with the PK Education family during 2017. It’s been an amazing year but we’ve already got plans in place to make 2018 even better, so watch this space. We wish you all a Merry Christmas and a happy and healthy New Year!